The Colorado Blues Society is dedicated to preserving Blues heritage and increasing awareness of and appreciation for the Blues as an indigenous American art form (and the wellspring from which all contemporary popular American music originated).

To further our mission, we sponsor Blues in the Schools programs, in which musicians present music and information to students at all levels (kindergarten through college). We offer programs in American social history, women in blues, language arts, conflict avoidance, storytelling and even math. We also donate Blues-related materials (books, videos and CDs) to public libraries and offer educational programs in conjunction with those donations. We similarly work with other nonprofits, such as The Blues Foundation, Swallow Hill Music Association, The Colorado Music Hall of Fame, Blue Star Connection and The Colorado Music Business Organization.

Our members number approximately 600. Some are professional musicians; most are fans of the music and embrace the art and literature of the Blues culture. We publish a bi-monthly newsletter, The Holler, and a weekly email blast, The Blues Update.  The purpose of the newsletters, web site and social media platforms is to provide our members and the public information about Blues-related news and events in Colorado.

CBS created the John Alex-Mason Scholarship Fund to help send student-age musicians to workshops and seminars to further their Blues music education.   We sponsor youth performances where young blues performers can be seen making music on the “Blues 101 Stage”. Here kids of all ages have the opportunity to learn about the music which is part of their national heritage and the basis for present-day popular music.

We honor those individuals who have made extraordinary contributions.  Over time, CBS has honored Blues musicians and outstanding contributors with Lifetime Achievement Awards, Heritage Awards, In Memoriam or other special recognitions.

We work with local nonprofits, civic organizations and businesses to strengthen the awareness and appreciation of the Blues as an art form.

For edits or additions to the calendar please click here

For general requests and help with the Colorado Blues Society, click here

Every member is welcome at the monthly board meetings. They are held the second Tuesday of each month at 7 PM at Radio Station KGNU 4700 Walnut Street Boulder, CO 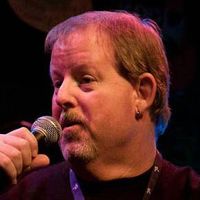 Kyle Deibler comes to the CBS Board having served as the President of the Phoenix Blues Society for eight years and a Board member for ten years.  A key volunteer at the national level for The Blues Foundation, Kyle has worked as a venue coordinator for the International Blues Challenge in Memphis for sixteen years and continues to be in charge of the handler crew for the Blues Music Awards.  In 2017, The Blues Music Foundation honored Kyle with its prestigious Keeping the Blues Alive Award as a person whose behind-the-scenes work was so important to the Blues world. Over his many dedicated years to the Blues, Kyle has produced and nurtured many blues festivals and well over one-hundred music connected activities. His most recent creation showcased a lineup of noted women performers in a concert to benefit the Women of the Blues. 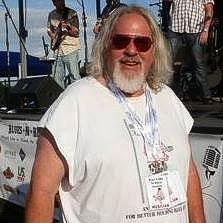 Robert “Wolf” Perlman is a lifetime fan of Blues music and has been a fixed accessory on the Colorado blues scene since 2010. Wolf critiques artists and songs using his distinctive personal perspective to opine on CDs, shows and concerts.  Wolf originates a weekly three-hour Internet Radio Show. In addition to frequently volunteering at festivals and musical happenings, Wolf spearheads managing the CBS membership pool for an array of activities needing helpers. Wolf’s commitment for fostering the Blues genre is particularly directed toward fledgling musicians. 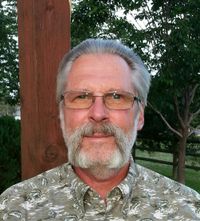 Joe Menke is currently an electrical engineer for Keysight Technologies who arrived in Colorado in 1981 with a BSEE and MSM from Purdue University.  Previously a classic rock fan, Joe got hooked on the Blues.  Early on, Joe attended the CBS Board of Directors meetings learning its mission, programs, and operations.  Since joining the CBS Board in 2012, Joe’s business know-how and organizational insights have been applied to the organizations’ fiscal management, inventory records, budgeting and financial discipline.  Further, Joe has judged band and solo /duo artists’ competitions that qualify performers through CBS sponsorship for the International Blues Challenge in Memphis.

Joe’s community care plays out as the organizer of annual blues concerts in his back yard featuring local solo/duo artists and bands.  A highlight was the blues benefit concert in 2012 that raised $5,700 for the Rist Canyon Volunteer Fire Department

Scott Fitzke is a shareholder with Shortridge & Fitzke, P.C., a law firm in Englewood, Colorado.  He practices in the area of commercial law, with an emphasis on litigation and real estate as well as some entertainment law.  Also, he has represented various non-profit, charitable and educational organizations in addition to private and religious foundations.  Scott’s community involvement and volunteer work include Blue Star Connection, Urban Peak, Ronald McDonald House, Jeffco Action Center, Food Bank of the Rockies and other homeless and hunger projects. He had an extended involvement with Scouting. From 2007 to 2009, Scott served on the Board of Directors of Swallow Hill Music Association.

In 2015, Scott joined The Blues Foundation Board of Directors where he now stands as Counsel to the Memphis based non-profit organization serving the worldwide Blues community.  Scott’s commitment to CBS began in 1998 as an at-large member of the Board. Scott was on the Board in 2013 when The Blues Foundation named CBS the recipient of the Keeping The Blues Alive Award as the leading blues society in the nation.  His lengthy service to CBS includes a tenure as President; he now serves as the Board Secretary. 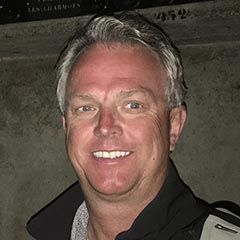 Daryl Reicheneder grew up in Colorado and graduated from the University of Colorado with a degree in Economics and a Masters of Business Administration.  His extensive professionalwork encompassed banking, telecommunications, luxury travel and real estate finance in established companies and start-ups from inception through maturity.  Daryl’s expertise facilitated the implementation of formal budgeting, reporting and forecasting systems.   He also led teams to reduce operating costs, determine customer profitability and negotiate real estate dispositions.  As a volunteer for the Piano School of New York City, he set up formal accounting and reporting process then helped with general business guidance.  Further, he smoothed its transition from a for-profit company to a nonprofit company and served two years on its Board.   Daryl is in his second term as an at-large member of the CBS Board. 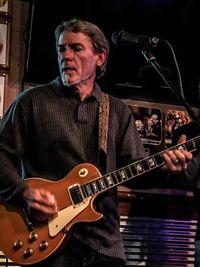 Alan Knight moved from Fort Worth, Texas to Denver in 2012 with his blues guitar and singing voice.  He quickly immersed himself into the packed spectrum of the Blues music scene.  Alan co-hosted the Sunday Blues Jam at Ziggie’s and was instrumental in the Annual Toy Drive Jam with blues bassist Jodie Woodard. He teamed with harp master Dan Treanor to host the weekly jam at the Arvada D Note and performs around the metro-Denver area with various bands. Alan stays involved in the Blues community through ongoing volunteerism.  He has been Chairman of Membership in the Mile High Blues Society where he also participated with the Blues Children on Stage program, judged the local International Blues Challenge and developed the calculations for the IBC scoring. As a sound technician, Alan has donated his time and talents to produce fund raising shows.  In his initial term as a board member of the Colorado Blues Society, Alan facilitates the popular Children’s Craft Table at the Greeley Blues Jam 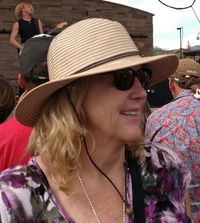 Early on Lynn Pierce found a lot of great music in San Francisco; she brought her love for live acts and festivals with her when she moved to Colorado in 1982. Lynn has remained a CBS member since joining the organization in 1999.     Now a retired letter carrier for the postal service, Lynn’s love for the Blues is mutually ideal for her and the CBS.

Mark Schleiger is a Loveland, Colorado native who attended Colorado State University and holds BS/MS degrees in Business Management.  Mark began attending music venues in the early 70’s as a teen and acquired a love for live music with a preference for live venues for either Rock or Blues. The Boulder Outlook was one of his favorite venues as it helped plant his roots in the Blues by its close-up stage and new talent that came through that stage.

Over his professional career Mark worked in various management/leadership roles.   He has mentored startup companies for the past 15 years and helped develop their business models into ones of growth, strength and focus.  Further, Mark has been a speaker to professional project manager societies and outreach organizations.  In volunteer work through CSU, Mark helps students with their capstone projects in addition to mentoring students in the College of Business. 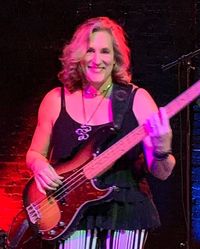 Jodie Woodward has been an energetic member of the blues world in Colorado since she moved here from New Orleans in 1997.  Jodie plays bass guitar for many of the region’s best musicians and has accompanied touring national artists.  In her own right, she has been to the International Blues Challenge in Memphis four times.  Jodie enjoys assisting and creating projects, including pulling bands together for out of town blues dignitaries such as performers Zora Young and Delores Scott.   Other notable endeavors by Jodie are Blues Children on Stage, a women’s showcase called Women of the Night, female all-star blues and Hermonious.

Outside of the blues music sphere, Jodie runs her own business and is a civic volunteer.  Examples of her undertakings are roles on an advisory committee for cosmetology, Indian Peaks Wilderness Alliance and the Children’s Hospital toy drive.  Characteristic of her get-up-and-go, she helps her senior neighbors with shoveling snow and yard work.

Jodie is a former Vice President of the Mile High Blues Society. Now she serves on the CBS Board of Directors with a determination to keep the blues alive. 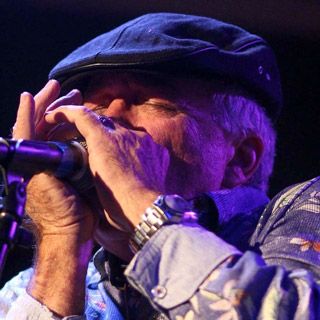 Gary Guesnier is a long-time member of the Colorado Blues Society along with memberships in The Blues Foundation and the Mile High Blues Society. Since joining the CBS, Gary contributed time to the Blues In The Schools program, membership solicitations, benefit events and merchandise vending. Additionally, he has judged local International Blues Challenge competitions that selected CBS’ representatives to the IBC in Memphis. And he has facilitated CBS connections with Swallow Hill Music, the Colorado Music Hall of Fame and the Beaver Creek Blues, Brews and Barbeque Festival. Further, he has served in several non-profit and cultural organizations including the Metro Denver Chamber of Commerce and the Colorado Ballet Board of Trustees.

Gary graduated from Kansas State University and is a US Air Force veteran. In 2014, he retired from a career in commercial banking and federal bank regulation as a Bank Examiner for the Office of the Comptroller of the Currency and the Federal Deposit Insurance Corporation. Also, Gary is a blues harmonica player and a serious barbeque enthusiast.